The latest update to eFootball PES 2021 mobile (v5.3.0) was released on 08/04/2021 and available to download from the store. It may take a little longer in some regions for the new version to become available, so please wait and check again later if you cannot access it immediately.

About eFootball Pes Mobile by Konami

The latest update to PES 2021 mobile (v5.3.0) was released on 08/04/2021.■ The Thrill of Console Football in the Palm of Your HandWith PES 2021, we’ve taken the same critically acclaimed console gameplay that won E3 2019’s “Best Sports Game” award, and distilled its essence to bring you the most authentic football experience on mobile to date. Featuring an exclusive partnership with AS Roma, new Matchday mode events, updates to players, clubs and leagues, and much much more!■ Featuring Europe’s FinestPlay with a veritable smorgasbord of officially licensed clubs from the upper echelons of European football; including FC Barcelona, Manchester United, Juventus, FC Bayern München, as well as new exclusive partner, AS Roma!■ New Iconic Moment Series PlayersNew additions are coming to the ‘Iconic Moment Series’, allowing you to relive and recreate even more magical moments from the careers of current and former football superstars■ Sign Star Players Through New Player PacksPlayer Packs are now available in the SHOP, allowing you to sign Iconic Moment versions of superstar players like L. MESSI, C. RONALDO and M. RASHFORD.Each pack comes with an Iconic Moment Series player, myClub Coins, an original menu theme and 2 Black Ball Special Agents.*Please check each Player Pack’s details before purchasing.■ Real-Time, Online MatchesFace off against friends near and far with both local and online multiplayer functionality. Then, once you’ve sharpened your skills, head over to eFootball mode to take on the world in Matchday and various other competitive esports events.■ Live Among LegendsLive out your football fantasy by signing various Legends to your squad, including D. BECKHAM, F. TOTTI, D. MARADONA, S. GERRARD, G. BATISTUTA, FERNANDO TORRES and K. RUMMENIGGE.■ Rare Featured PlayersPlayers who have performed well during weekend matches will appear in the game as Featured Players. These special versions have increased ratings, unique card designs, and in some instances additional skills.■ Weekly Live UpdatesData from real matches being played around the world is collated on a weekly basis and implemented in-game through the Live Update feature to create a more authentic experience. These updates affect various aspects of the game, including player Condition Ratings and team rosters.

Pes patch is the another great way to enjoy the game. Though it’s made by third party, but it’s fully safe. There is no worry to ban. Patch is nothing but a edited game file. While Konami can’t license all teams, original kits, patch did it. You just have to replace the patch file with original game file and you are ready to go. You are getting every league with all licenced teams means all original kits, jersy, logo. Even new customized jersy with real time updated season. Not only this, you will get all player’s customized rich designed background, face, new startscreens, customized games menu and gameplay menus. New background musics are also added. TV channel logo on gameplay screen and lot more things. All for free. So don’t wait, just download and start enjoying Pes 21 Mobile with patch.

QT PES is finally getting a big 5.3.0 update.
In order to meet the needs of players, sunny made three versions, including one version for ios and two versions for android, namely regular version and double-open version.
The ios version and android dual open version are the most complete, the specific content is as follows: 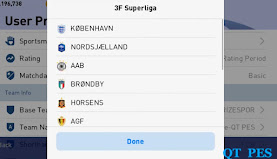 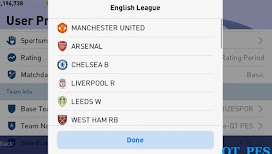 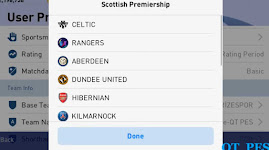 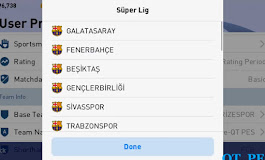 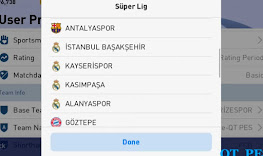 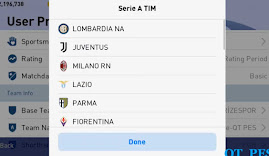 👉    Is patch safe? Could Pes Patch ban your account? :  Click
👉    How to install Pes Mobile patch (step by step) :  Click
👉    Looking for Pes Mobile latest version original apk and obb ? :  Click
NOTE FOR CREATORS :  Sharing direct link or re-upload the file is strictly prohibited. If found, we will claim copyright without warning. Respect our work. If you want to share this patch, only share this web page link. If you want to be our member(affiliate/collab), contact us from here.
DOWNLOAD LINKS
NOTE : This patch is only for Pes 21 Mobile ver. 5.3.0. You can always download latest version patches by exploring our website.
REPORT A BROKEN LINK
(Root is not needed, if you follow this installation guide)
ENJOY !

© COPYRIGHTED BY QT PES AND PLM